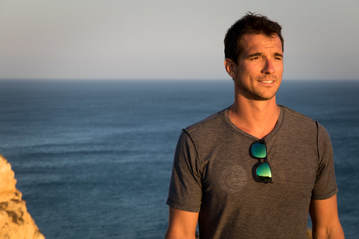 A native of Charleston, South Carolina, Aaron Vitali is no stranger to the outdoors. In Charleston, Aaron can be found kiteboarding, surfing, and practicing yoga. He is also an established traveler, having been to 30 countries, including working full time in Belize, surfing, free diving and scuba diving. Aaron also lived in Colorado where he worked at Breckenridge Ski Resort and sharpened his skills of climbing, snowboarding, and whitewater rafting.  After returning from Colorado in 2006, Aaron received a degree from the University of South Carolina in Psychology. While Aaron definitely feels at home on the water, he has found a passion for Martial Arts and Yoga. Aaron received his Yoga certification in Asheville, NC in 2016, but has been practicing long before that. Aaron has found yoga to be an art form that allows him to find his strength and soul. He is thrilled to be working alongside his good friend Alex to teach his passion.